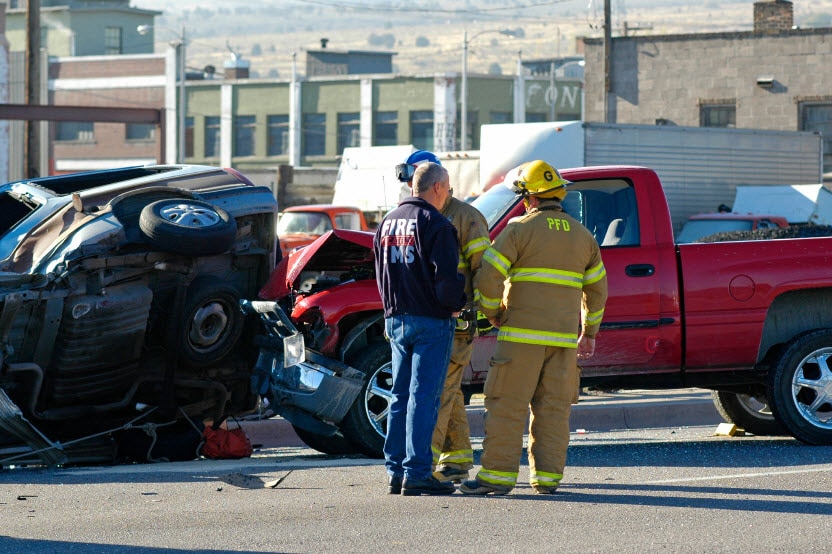 According to the National Insurance Crime Bureau (NICB), and the Los Angeles Police Department, auto insurance fraud and staged accidents are on the rise in Southern California.

The NICB says staged accidents are conducted by organized groups — working in teams and often using multiple vehicles and drivers at a time — to lure unknowing drivers into forking money over to pay for damages, and to defraud car insurance companies by filing fake injury claims resulting from the fraudulent fender-benders.

The problem is particularly chronic in Los Angeles, which is “the staged auto accident capital of the U.S.,” said Nancy Kincaid of the California Department of Insurance. “Because of the sheer volume of cars, and the density of the traffic, this is ground zero.”

LAPD Detective Gary Guevara, who works in the auto fraud unit of the department’s commercial crimes division, says the criminals prey on a certain kind of victim: middle-aged, well-dressed, employed and driving a nice car that is most likely to be insured.

Guevara also said that police are seeing an increase in staged accidents on freeways. The reason? “No cameras,” Guevara said. “These days, there’s cameras on every street corner — in the liquor store, outside the marijuana dispensary. That makes it easier to get tape that shows fraud. On the freeway, there’s no tape.”

• Swoop and Squat – usually involves three cars that are part of the staged accident ring. The first two cars will pass the unsuspecting driver and will quickly pull over or “swoop” into the lane in front of them. The second car will then hit their breaks, while a third car will pull alongside the victim to prevent them from changing lanes. This causes the victim to hit the car in front of them, usually filled with multiple passengers, all of whom will claim injuries. The victim is usually presumed at fault for not keeping a safe distance and ramming into the other car. This is the most frequently seen insurance scam.

• Four vehicles fraud – this scenario usually involves 4 cars and 6-10 drivers who are all involved in the scheme. The first car, the lookout vehicle, comes to stop at an off-ramp, making sure there are no witnesses around. The lookout then leaves, and the second car comes to an abrupt stop, making sure the third car hits them. The last car, usually a van or SUV, is occupied with passengers who then get into the damaged vehicles. After unloading passengers, the fourth vehicle leaves, leaving only the two cars involved in the accident behind. The passengers will all claim injuries.

• Left lane fraud –as the victim makes a left turn, the other driver also makes a left turn, and deliberately veers into the victim’s lane, crashing into them. This scam involves a witness who conveniently stands in the corner of the intersection, and will tell police the inside driver changed lanes, at was at fault.