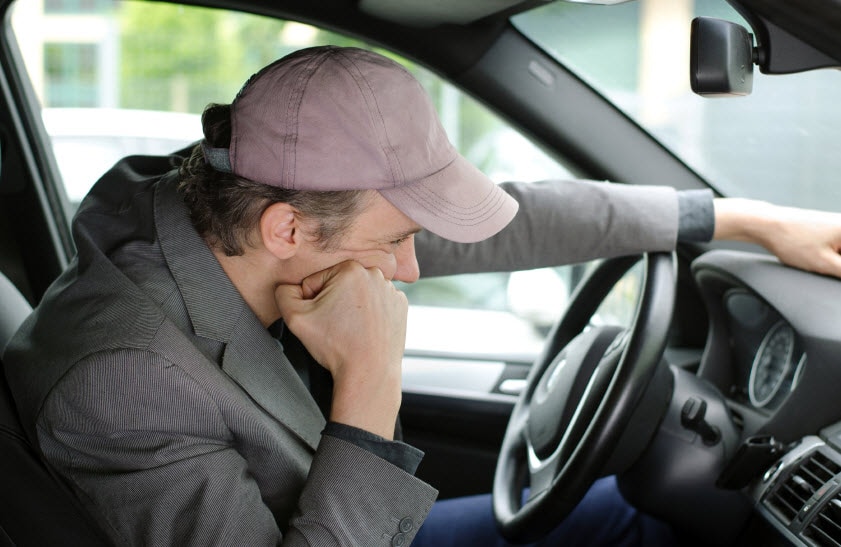 Kevin Roper, the Wal-Mart truck driver accused of crashing into the limo Tracy Morgan was riding in, critically injuring the comedian and killing another, hadn’t slept for 24 hours prior to the crash authorities said.

Roper has been charged with death by auto and four counts of assault by auto. Authorities say Roper failed to slow for traffic ahead as he drove on the New Jersey Turnpike early Saturday morning, swerving at the last minute to avoid a collision and crashing into the back of Morgan’s limo bus. Comedian James “Jimmy Mack” McNair died in the crash, and two other passengers are listed in critical condition. Morgan, also remains in critical but stable condition, and according to his spokesman Lewis Kay, he is recovering from a broken leg, ribs, and nose. “His fiancée Megan is by his side. The recovery will be arduous,” the statement said.

Wal-Mart President Bill Simon, release a statement which said that they’re cooperating fully with law enforcement to aid their investigation and if it’s determined that their truck caused the accident, then Wal-Mart will “take full responsibility.”

The National Highway Traffic Safety Administration said that driving while sleep deprived causes more than 100,000 collisions a year, resulting in 1,550 deaths and 40,000 injuries. Want to prevent accidents and keep your car insurance rates down? Keep reading and take notes.

According to the National Sleep Foundation:

• 55% of drowsy driving collisions are caused by young drivers less than 25 years old.
• Not sleeping for 18 hours is equivalent to a blood alcohol concentration (BAC) of 0.08%, which is legally drunk and leaves you at an equal risk for a car accident.
• Cognitive impairment after 24 hours without sleep is equal to a BAC of 0.10%–greater than the legal limit of alcohol while driving in all states.
Prior to getting behind the wheel, it’s important to practice behaviors which can prevent you from driving while exhausted or with little sleep. Before hitting the road, drivers should:

• Get a good night’s sleep. It’s recommended for adults to sleep between 7-9 hours, and teens 8.5-9.5 hours.
• If you have to make a long drive, bring a companion. They can help you stay awake, and if needed you can switch drivers.
• Schedule regular stops every 100 miles or every two hours.
• Avoid medication and alcohol. Certain medication can impair performance, while alcohol increases fatigue.
• Take a 15 – 20 minute nap. Taking a longer nap can make you groggy, at least for five minutes after first waking up.
• Consume the equivalent of two cups of coffee. Remember, caffeine takes about 30 minutes to enter the blood stream and will not greatly affect those who regularly consume it. For best results, try taking caffeine and then a short nap to get the benefits of both.

With summer right around the corner and road trips being more prevalent, make sure you are well rested before getting behind the wheel and talk to your insurance agent to make sure you have the right auto insurance coverage.