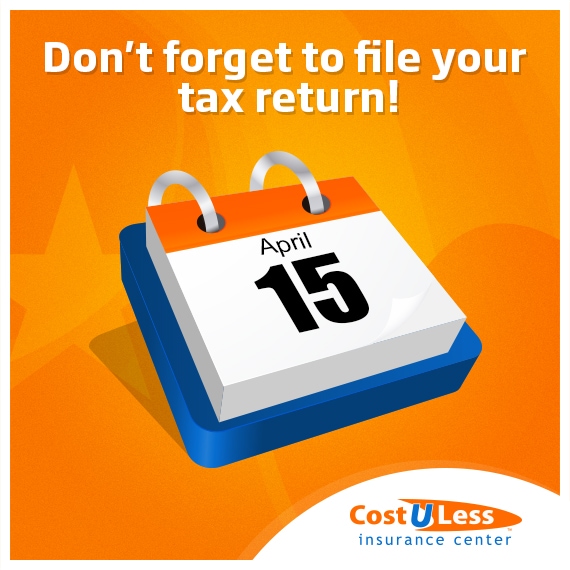 Tax Day – two words we all dread.  Tax Day is the day on which individual income tax returns must be filed with the federal government.

Since 1955, Tax Day has typically fallen on April 15; for those filing a U.S. tax return but living outside the United States and Puerto Rico, Tax Day usually falls on June 15, thanks to the two-month IRS automatic extension granted to filers.  While a good tax accountant can save you money, shopping for a good car insurance policy can also save you more of your hard-earned bucks.

Holidays observed in the District of Columbia affect the entire country, not just in D.C. In 2007, a storm and flooding affected the Northeast and certain states were granted additional time to file. In 2011, Emancipation Day, a holiday in Washington, D.C., was celebrated on Friday, April 15; the federal tax deadline was extended to April 18.

While you may be limited as to changing the amount of taxes you have to pay, your opportunity to save money on your car insurance is only a phone call away.