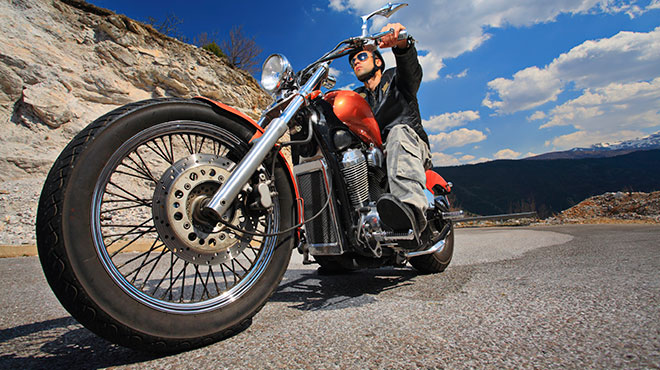 It’s a common occurrence for California drivers sitting in their cars on the freeway, creeping along through traffic. We’ve all seen it – motorcyclists zipping past, riding between lanes, just to get ahead of us. Not only is it inherently dangerous and seemingly unfair – but, one thing it’s definitely not – is illegal – at least, not in the state of California, where you only need to worry about motorcycle insurance, a license, and a helmet.

But, it’s no consolation to those of us who pay for auto insurance premiums as opposed to motorcycle insurance. And, even more so for those who drive with the fear of having an accidental encounter with one while changing lanes.

Whether you call it lane splitting, lane sharing or traffic filtering, it’s 100 percent legal in the Golden State. And, the simple reason for that is – it’s not illegal. That may come as a surprise to those who believe it is or should be – but, interestingly, it’s not mentioned anywhere in the rules of the road. This means, it can’t be considered illegal if it doesn’t appear as an infraction in your DMV handbook.

However, California politicians are “driving” to make it legit, with a new bill that would make lane splitting explicitly legal – which would allow them to regulate it a bit more. The bill quickly passed through the state Assembly without debate, and is now headed for the Senate, where little opposition is expected.

For those who are concerned about congestion, carbon emissions, or motorcyclist safety, that could turn out to be a good thing. But, in every other state in the U.S. the practice of lane splitting is explicitly illegal, according to the American Motorcyclist Association, although some states have reconsidered it in recent years. It is legal in both Asia and Europe.

The California Vehicle Code makes no mention of lane splitting at all, which explains why it’s not illegal. Motorcyclists only have the guidelines the California Highway Patrol issued in 2013, advising those who traffic filter to do so when traffic is going 30 mph or slower, and to not go more than 10 mph faster than the speed of traffic. They also suggest riding between the left lanes and not lane splitting near trucks, at night, on unfamiliar roads, or in bad weather.

Now moving through the Senate, this bill runs along the same lines as the one that passed the Assembly. Only it makes the issue much clearer by stating that – it “unequivocally authorizes motorcycles to drive between stopped or slow moving vehicles,” as long as traffic is moving at 50 mph or less and the motorcyclist doesn’t outrun traffic by more than 15 mph.

Of course, there’s an obviously big upside for motorcyclists who lane split, while the rest of us crawl along at 2 mph. But, it may be good for drivers as well, because motorcyclists who split lanes reduce congestion and carbon emissions. In 2012, studying one congested stretch of road, researchers from the Belgian firm Transport & Mobility Leuven found that replacing 10 percent of cars with motorcycles would cut time stuck in traffic by 63 percent—for everyone. Carbon emissions would drop by 6 percent, due largely to a more even traffic flow.

there are apparently safety advantages to lane splitting, which tends to be a bit hard to believe – but riding between cars rather than in front of or behind them seems to reduce the risk of a deadly collision, specifically from being rear ended. Ironically, motorcycle safety consultant Steve Guderian reported in 2011 that California had significantly fewer motorcyclist fatalities from rear end collisions than other states.

Do you believe the new law will increase or decrease motorcycle accidents? Feel free to share your thoughts in the comments section below.