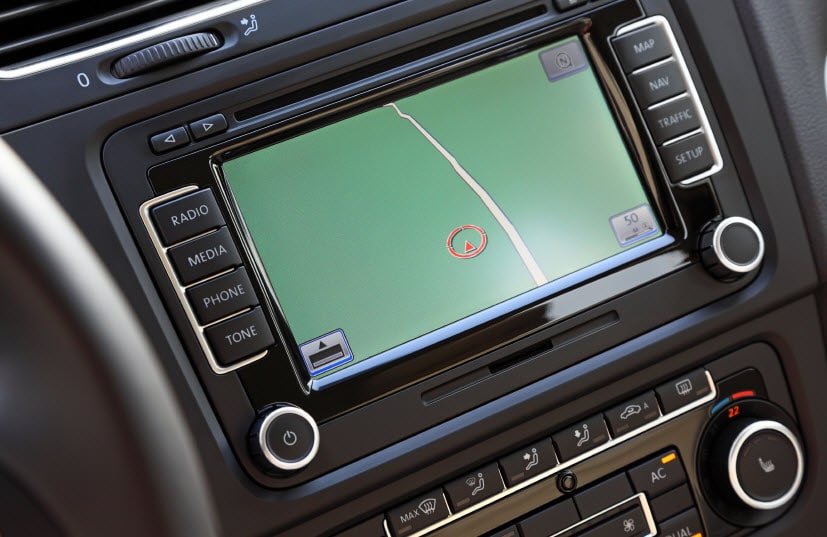 We know where you shopped, who you visited and where you had lunch.

Is this a new science fiction film by Steven Spielberg? Or your boss’s video cam footage? No — it’s the chilling truth about personal information that car companies have been collecting on habits of drivers. Speaking of getting shocking information, have you recently checked to see how much you can save with a fast quote on your car insurance?

So, where are automakers getting all this information? Are corporate bean counters hanging out at Starbucks? Have they hired private detectives to follow you around? Nope, they’re using your car’s real-time navigation functions and other on-board location services and keeping the information about you for who knows how long. According to a General Accounting Office (GAO) report, drivers need to understand how and why they’re collecting and sharing this data.

Why GAO Did This Study
The popularity of in-car location-based services has raised questions about using collected location data by companies for reselling personal information to data brokers. The companies were selected because they represent the largest U.S. market share or because their services are widely used.
The GAO examined a sample of ten automakers and navigation companies and found that their privacy practices were vague and difficult for consumers to understand potential privacy risks in several areas:

Disclosures
Although the selected companies advise that they collect and share location data, nine companies’ reasons are broadly worded and five companies’ disclosures do not describe the purposes for sharing location data. This practice increases the risk that data may be collected or shared for purposes that the consumer is not expecting or might not have agreed to.

Consent and controls
If companies stored data, they did not allow consumers to request that their data be deleted. This prevents consumers from stopping the use or storage of their data.

Safeguards and retention
Also, there is wide variation in how long companies keep vehicle-specific or personally
identifiable location data. This also increases the risks that location data may be used in ways consumers did not expect or may be exposed to unauthorized access.

Accountability
Although the companies advise consumers they take steps to protect location data that they share with third parties, none of them explain to consumers how they hold themselves and their employees accountable.

The review stated, “Privacy advocates are worried that location data could be used to track motorists, steal their identities, stalk them or monitor them without their knowledge.”

The bottom line – the study concludes that although companies are taking steps to protect privacy, some risks may not be clear to consumers.

In addition to data from these in-car systems, cars are also becoming data sources from mandatory black boxes installed under the hood. In 2012, the federal government passed a law that requires all new cars to carry an event data recorder (like the ones used in airplanes), which can track fuel consumption, braking, speed and other operations.

It’s a good bet car insurance companies will also be watching how this information can be used.

Do you think these companies are keeping your privacy safe? Feel free to share your thoughts in the comments section below.

Summary
Article Name
Invasion of the Privacy Snatchers
Description
We know where you shopped, who you visited & where you had lunch. The truth about personal info that car companies have been collecting on drivers habits.
Author
Alan Marcus
car insurnace quotegeneral accounting office