Home » Homeowners Insurance » How to Deal with the King Fire

How to Deal with the King Fire 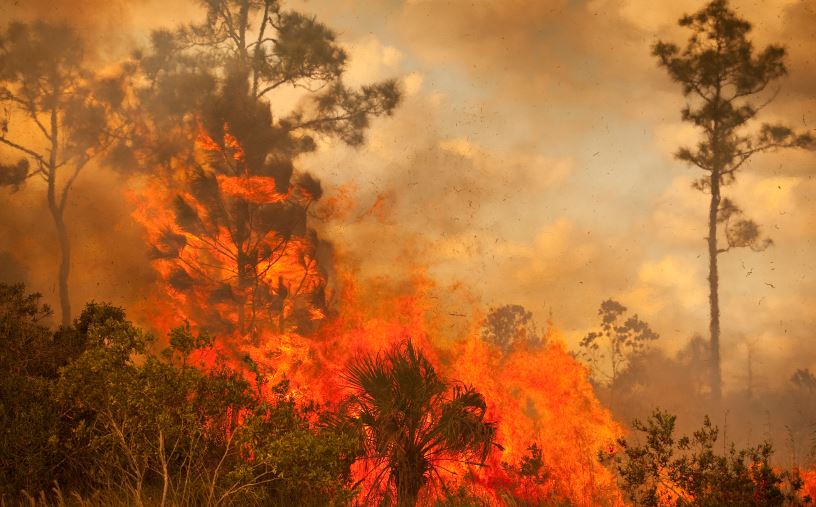 Not only one, but several large and impactful forest fires are currently raging through California. This has resulted not only in property loss, but evacuation of entire areas, and recently, the Association of California Insurance Companies, also known as the ACIC, has issued a statement urging citizens near the particularly dangerous and widespread King Fire to listen to emergency officials.

The danger is very real, and if citizens near the King Fire are asked to evacuate, they should do so immediately and without protest, but that’s not the only thing they should do. Evacuation will keep them safe, but what about their belongings? It’s not practical to move entire households with a wildfire on your heels, so what should homeowners do if asked to leave their belongings behind and seek safety?

The first step has been made very clear: Immediately contact your insurer and begin the claims process as soon as you’ve evacuated to a safe place. Inform your homeowner’s insurance and auto insurance providers that you’ve been asked to evacuate, and should anything be damaged or lost, you will save time during the claims process. Generally, any property lost or damaged due to a wildfire will be covered by your insurance, but this early, initial contact is important in initiating the claims process as soon as possible. Most homeowner’s insurance plans will even cover additional living expenses, so keep your receipts.

Here are a few tips you should remember in the event of an evacuation…
–    Agree upon a meeting place for you and your family members. After an evacuation, it’s essential to have peace of mind and not worry about your family’s whereabouts.
–    Carefully list all of the items you would absolutely need. Items like eyeglasses, medicines, or small objects with sentimental value that cannot be replaced. Know where these items are so they can be quickly retrieved during evacuation.
–    Also bring any important paperwork, including information on your insurance policy.

If the worst should happen and you find yourself needing to file a fire-related claim…
–    Report all damage as quickly and accurately as possible.
–    Make lists of damaged items and keep your receipts.
–    If your house is deemed unlivable after being damaged, keep in mind that many standard renter’s insurance and homeowner’s insurance policies will cover your additional living expenses.

These can include lodging, laundry, meals, parking, and more, but make sure to contact your insurance provider to determine exactly what items will be reimbursed. Not all expenses are deemed necessary, so be careful to avoid extra out-of-pocket expenses.

It’s often difficult to truly gauge the scope of the destruction caused by the California wild fires that’ve raged for so long, but the official statistics indicate that over 85,000 acres of land have been affected in 2014 alone, 82,000 of those acres having been burned by the King Fire, but as massive as this fire is, it still doesn’t make it into the top 20 largest wildfires. Topping off that list is 2003’s Cedar Fire, which consumed 273,246 acres of land including 2,820 manmade structures.

If you need more information on the King Fire, the affected area, or how to deal with evacuation, you can contact the toll-free King Fire Information Hotline at (503) 647-5218.

Has your life been affected by forest fires? How did the evacuation process proceed and how quickly was your claim processed? Leave us a few words in the comments section – it may just help future victims.

Summary
Article Name
How to Deal with the King Fire
Description
Forest fires rage on, including the destructive and widespread King Fire. We take a look at how to handle evacuation and insurance claims.
Author
Nathaniel Liles
ACICForest Fires