Against All Odds, Man Diagnosed with Breast Cancer Twice 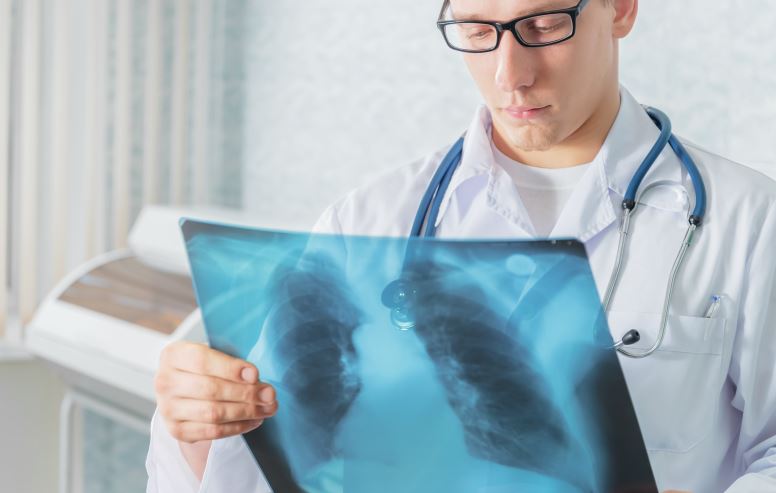 In the year 2014, the American Cancer Association’s own statistics predict that an alarming 232,670 women will be diagnosed with breast cancer. 62,570 of those diagnoses will catch the cancer in its earliest stages, but 40,000 women will still die of breast cancer, despite advancing treatments, awareness, and affordable health insurance.

Many people don’t realize, however, that women aren’t the only ones who can get this life-threatening disease. Breast cancer in men is rare, only afflicting a projected 2,360 males in 2014, but it is a possibility that we should be aware of. Compare that to the 232,670 afflicted women in 2014 and it’s clear how unlikely it is for a man to get breast cancer, but Nassau resident Sabastian Aloi wasn’t just diagnosed once – he was diagnosed with breast cancer on two entirely separate occasions.

In 2009, doctors at the Winthrop University Hospital in Mineola, N.Y. found spots in Aloi’s bladder. When the doctors recognized this possible sign of the rare cancer, Aloi underwent a mammogram. Surprisingly, it came back negative, but after his doctors insisted on further testing, a biopsy was scheduled and Aloi was diagnosed with his first case of breast cancer.

A month after his diagnosis, he underwent a mastectomy, saving his life and removing the cancer. Unfortunately, in 2010, only a year after doctors found those first spots in Aloi’s bladder, he was back under the knife. Incredibly, Aloi survived his second bout with breast cancer thanks to a multi-talented team of specialists at Winthrop, providing full treatment to all patients.

The university hospital even has its own Breast Cancer Center. “[The center] is unique because it provides patients with complete access to a full range of quality services and specialists,” said Frank Monteleone, chief of the cancer division at Winthrop. “We offer personalized care and advanced diagnostic methods and treatments to patients in the community.”

In addition to their state-of-the-art treatment and facilities, Winthrop is also pioneering a new kind of radiosurgery that will give thousands of people a chance to live. The hospital is currently conducting a clinical trial on what they call the CyberKnife system, a cycle of treatment that takes only 5 consecutive days as opposed to the six-week radiation treatment that has become the norm.

Outlook is positive for this quicker treatment. Not only does it allow women to receive treatment and keep their breasts, but it’s exceeding expectations. Originally, it was only a theoretical idea, but seeing it in action is making experts in the field optimistic about future treatment.

Aloi insists that the most important thing is awareness. Men can get breast cancer, and regular checkups can assure that it’s caught in its early, treatable phases. With affordable health insurance now available, it may save your life someday.

Have you or your loved ones had a brush with an unexpected disease? Is there anything else about cancer that people aren’t aware enough of? Feel free to share your experiences in the comments.

Summary
Article Name
Against All Odds, Man Diagnosed with Breast Cancer Twice
Description
Believe it or not, men can get breast cancer. It’s unlikely, but possible, and one Sabastian Aloi has been diagnosed twice.
Author
Nathaniel Liles
CyberKnifeWinthrop