Home » Auto Insurance » When Will I Own My First Electric Vehicle in California?

When Will I Own My First Electric Vehicle in California? 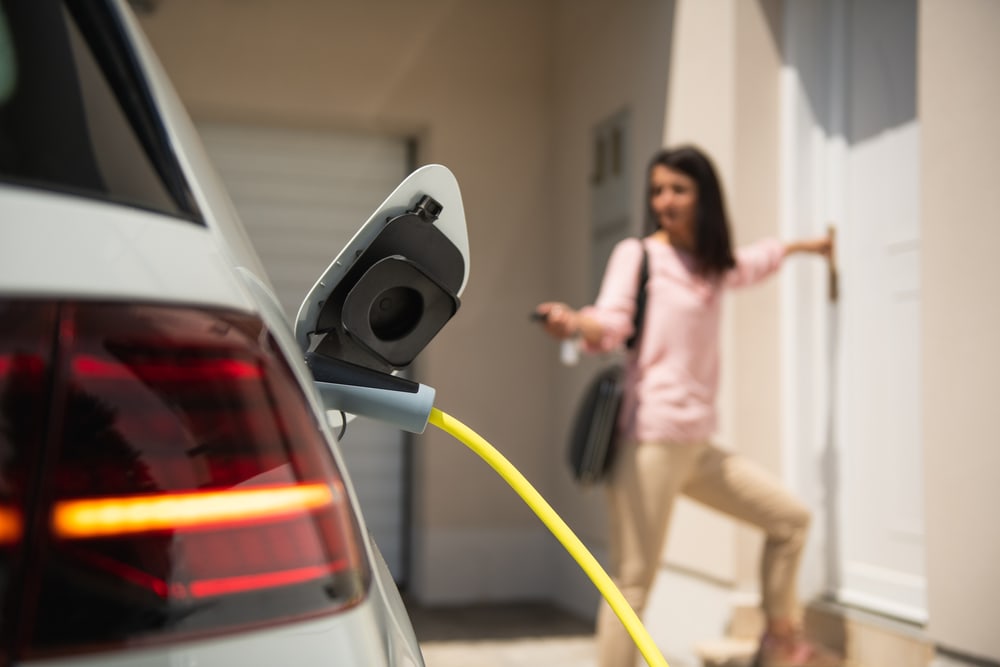 The answer for a growing segment of California drivers is that they already own one. In fact, the state leads the nation in electric vehicle registrations. But it’s still a rather small slice of the driving public, even in the Golden State.

Another way of answering the question is that you’ll have an electric vehicle when:

Let’s take a closer look, starting with the most basic question of all.

What Is an Electric Vehicle?

Also known as an EV, an electric vehicle is one that runs on a rechargeable battery. Don’t confuse this type of vehicle with a hybrid, which has a dual power source. A hybrid engine runs on both gasoline and electric power. Hybrid vehicles are more common than all-electric, or EV models.

An EV has an electric battery that must be recharged either at the owner’s home or at power stations located at various points. One challenge to more extensive adoption of EV technology is that the recharging station infrastructure must be built up more.

Current EV models come with a range of anywhere from about 100 miles to 500 miles before they need to recharge. Generally, vehicles with the longest mileage on a single charge cost more. The mileage between charges has increased dramatically from just a few years ago.

How Common Are EVs in California?

As a Golden State resident, you can take pride in living in the number one state for EV use. According to August 2021 figures, California has a stunning 42% of all registered EV drivers in the United States today. The next closest state is Florida, with 5.7% of the total EV-driving population.

More recent figures show that more than 653,000 California drivers own an EV. That, in turn, means that the battery recharging station infrastructure is better here than it is in many states with far fewer EV owners.

Even the state with the (by far) greatest number of EV drivers in the nation has relatively few. If you’re among the significant majority of non-EV California motorists, you probably have one or several rational reasons to resist the trend despite the benefits to the environment.

Here are 4 of the leading obstacles to fuller adoption of the technology.

That’s always the deal breaker, isn’t it? The sticker price of an EV can still be considerably more than a comparable gasoline-powered vehicle, but the cost difference is coming down.

Think about the many thousands of dollars you would have had to pay for your first computer, a model that didn’t do nearly as much as your smartphone does today.

The point is that first adopters always pay more for any new technology. In time, product development breakthroughs and competitive challenges bring the cost down and make it more available to more users. It’s the same with EVs. They might still cost more than conventional vehicles, but the difference is rapidly narrowing.

This is a tough one. On the one hand, there’s the sticker price minus tax credits, if any. On the other hands (the comparison requires a lot of hands) are energy costs, maintenance, depreciation, years of operation, and a bunch of other factors. A comparison of two gasoline-powered vehicle models and their otherwise virtually identical electric options showed at least a small cost advantage to the conventional engine after three years.

However, that cost advantage can narrow further after additional years, since electric power is much cheaper than gasoline.

You know where just about every gas station in your part of town or along your route to work is located. They’re all over the place. But name five electric vehicle recharging stations in your neck of the woods.

If you’re a motorist with a 40-mile round-trip commute, you’re probably not fazed by the availability (or lack) of charging stations. You simply plug in every night from your home’s current. Or maybe your employer provides free plug-in access.

But what happens if you have to travel from San Diego to San Francisco and back? It’s a thousand-mile round trip you’ve never taken before. How sure are you of finding a recharging station when you need one? How confident do you feel driving on a steadily discharging battery while keeping your eyes peeled for a station?

The good news is that there are several free or low-cost apps available for help finding nearby recharging stations, including PlugShare, EVgo, ChargePoint, EV Connect, and others. The potentially bad news is if your app tells you that the nearest recharging station is 60 miles away and your dial is crawling ever-closer to the ‘E’ position. This might be likelier if you’re driving outside of the state of California.

Today, it typically costs more to insure an electric car than a gasoline-powered vehicle since repair parts are not common and neither are mechanics who work on electric vehicles. That’s why it’s critically important to call your auto insurance agent as soon as you show interest in an EV. Share the make and model that interests you, and get a quote before you sign on the dotted line.

Call your Cost-U-Less insurance agent at (800) 390-4071 or get a fast online car insurance quote. You can also find a Cost-U-Less California location near you to discuss the best California auto insurance rates for your first electric vehicle purchase.