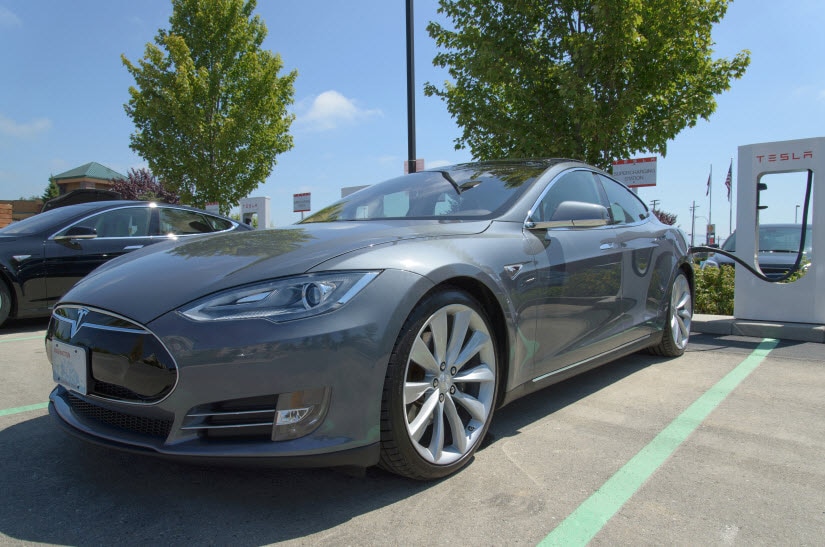 Are you fed up with the high price of gas? What if you could fill up your tank and not pay one cent?

Enter Tesla Motors. If you owned a Tesla Model S electric car, you could drive across the country without stopping for gas and it would cost you nothing. Maybe you could find free car insurance, too.  Well, we can still dream, can’t we?

Electric car maker Tesla Motors has developed its free Supercharger network, running from Los Angeles to New York, which allows Model S owners to travel for free between cities along well-traveled roads across the country with minimal stops.

To prove how well the network operates, Tesla recently held a 3,400-mile, cross-country rally that ended in New York. A team of 15 drivers got put through their paces in their attempt to break a Guinness World Record for the fastest time for an electric vehicle crossing the United States.

It was a trip they’re sure to remember – they had to fight their way through intense sandstorms, heavy rain, brutally cold temperatures, and a Colorado blizzard that set them back eight hours.

About the rally:
•    Using only the Supercharger stations for recharging, a team of two Tesla Model S sedans traveled from Los Angeles to New York.
•    The trip took 76.5 hours and, according to the company, achieved the lowest charge time for an electric vehicle traveling across the country.
•    Tesla said the rally is currently being confirmed as a new entry in the Guinness World Records book.

Tesla’s Supercharger stations outperform the typical charging station:
•    Superchargers are approximately 16 times faster than the normal public charging station.
•    Provides half a charge in as little as 20 minutes.
•    Can top off a partially drained battery in 30 to 40 minutes.
•    The charging rate decreases as the battery reaches full capacity, so a full charge can take more than an hour.

However, the company said the charging stations are placed close enough to each other so drivers don’t need a full charge to travel from one to the next. Superchargers are located near popular travel stops such as shopping centers, roadside diners, and cafes.

High-end versions of the Tesla Model S have the longest range of any production electric cars, rated at 265 miles on a full charge with the largest available battery.

Tesla’s network winds from Seattle down through California and up through Arizona, Colorado, South Dakota, Minnesota, Ohio and Maryland, and along the East Coast from Connecticut reaching to Florida. Texas currently has several charging stations online, from Dallas down to Houston.

Drivers planning to travel through Oklahoma, Arkansas and Tennessee, would need to find other charging stations. Tesla has plans to have southern roads covered by sometime next year.

Speaking about coverage, could auto insurance coverage be cheaper for electric vehicles?

Compared with gas-powered engines, electric cars have simple mechanics and fewer moving parts, so repairs should cost less, resulting in less money paid out by insurance companies. Before you buy an electric vehicle, why not get a car insurance quote first? You may save a bundle.

Summary
Article Name
Stop Wasting Money on Gas
Description
Are you fed up with the high price of gas? What if you could fill up your tank and not pay one cent? Enter Tesla Motors.
Author
Alan Marcus
car insurancetesla model S