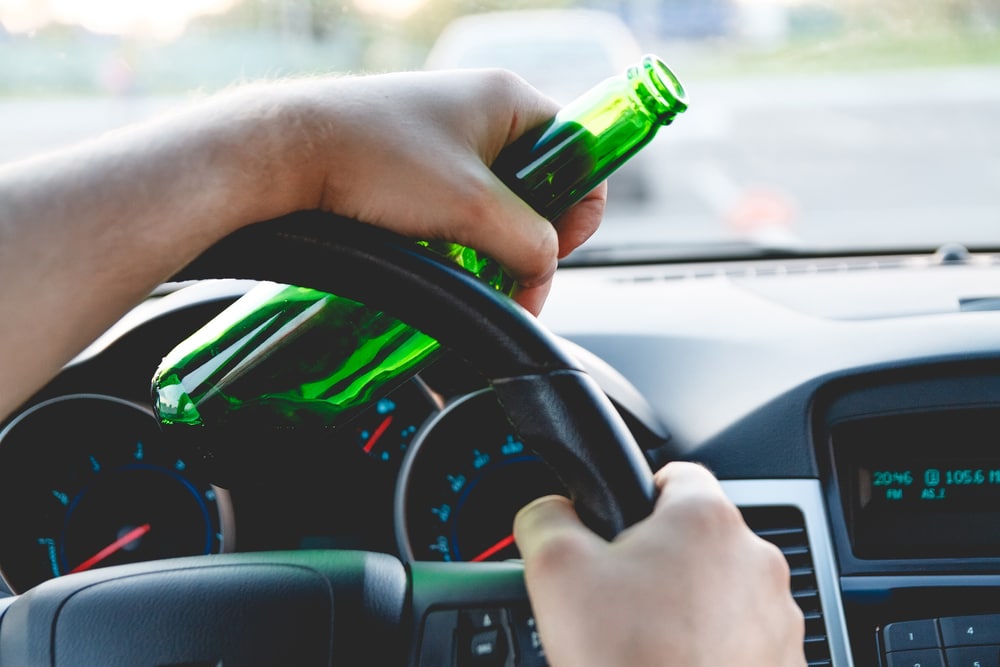 How bad can it be? That might have been your first reaction to getting a California DUI conviction. You don’t own a car, so aside from the financial hit of fines and fees, what else can happen? But even if you don’t own a car, if you are ordered to file an SR22 certificate, you will have to purchase car insurance. You’ll most likely be required to get non-owner SR22 car insurance until your driving record recovers.

Here’s a closer look at what happens after you’ve been convicted of a driving under the influence charge in the Golden State. You’ll find out what non-owner SR22 car insurance is, as well as why it might be important to quickly contact your auto insurance agent soon after an accident – even if you don’t have a car.

At the very least, you might spend that first night in a holding cell before you can be given an opportunity to be bailed out. Jail time isn’t mandated for a first-time DUI, but it could happen. It’s likelier if there was a minor child in the car at the time or you were exceeding the speed limit by 25 miles or more while under the influence.

A second offense can get you anywhere from four days to a year behind bars, depending on how tough on the crime the county prosecutor happens to be. The jail penalty only goes up from there for subsequent convictions.

Got a calculator handy? For a first DUI conviction, the fines could easily total $2,000. You’ll also have to take a mandatory 30-hour alcohol education class, which will cost around $500.

Don’t forget your lawyer. The legal professional who will keep you out of even worse trouble will easily set you back at least a few hundred dollars an hour unless you qualify for a public defender, at no cost to you.

There will be additional charges if you need to have an ignition interlock device (IID) installed on your vehicle once you have driving privileges restored. And if you lose your job or days or work as a result of the jail or hearing time, add that to the tally.

For additional convictions, the cost in terms of fees, fines and possible jail time escalates.

How do you get around? If you’re frequently on foot or you own and use a bike or are a big fan of public transportation, you might not notice the difference. After all, if you don’t even have a driver’s license, no one can take it away.

But if you do have a California license because you frequently or occasionally rent a car, book a car from a carshare program like Zipcar or Turo, or even just borrow a roommate’s ride now and then, you can’t do any of that with a suspended license.

There’s also a more mundane reason that losing your license can be a hassle: you probably use it fairly frequently for photo identification. You could use your passport for this purpose if you have one, but life gets complicated if you don’t have an alternative photo I.D.

Ignore the suspension? You can’t get a rental car without showing a valid license, but you might easily borrow a vehicle from a friend, spouse, or another family member. But is that smart? Only if you don’t mind the realistic threat of jail time, additional fines, and extended suspension. The penalties get more severe when you become a repeat offender.

You’ll Need a California SR-22 After Your Suspension

An SR-22 certificate is mandated after a license suspension in California. It’s a certificate that proves you have financial responsibility in the form of liability coverage when you’re once again behind the wheel.

You’ll be required to get an SR-22 even if you don’t own a car and only occasionally borrow the vehicles of others. This arrangement is called non-owner SR22 car insurance.

You’ll need to carry the state-required minimum liability coverage in order to successfully follow the terms of your SR-22. Minimum liability is to cover the property damage and bodily injury of others if you cause an accident. Even the minimum insurance will cost you about three times as much as other drivers once you have an SR-22 requirement.

What is Non-Owner SR-22 Insurance?

It’s a form of high-risk car insurance for people who are required to file an SR-22 with the state DMV but don’t have a car. It may not cost quite as much as regular SR-22 insurance, but a driver can only get it under certain tight circumstances. For example, if you live in a household where someone has a car, you may not be able to get non-owner SR-22 insurance.

If you’re a licensed driver who doesn’t own a vehicle, but there’s a critical need for specific driving privileges, you might qualify for a restricted license. For instance, if you regularly borrow a roommate’s vehicle to get to work, and there’s no other way to get there at a reasonable cost, this might be a qualifying reason for partial driving privileges to be restored for that hardship purpose only.

You might be asked whether your job is within walking distance, or if public transportation is an option. Also, keep in mind that this is usually only a legal option after a first-offense DUI.

If you are given restricted driving privileges in this instance, it will only cover work hours and a route that would get you there and back. If you’re stopped for any reason while driving on another day, time, or route, you could be in costly legal trouble.

Ask your lawyer if you qualify and how to petition for a restricted license.

Call Your Lawyer and Your Insurance Agent Immediately

You should contact a lawyer as soon as you’re able upon being arrested and charged with a DUI. Don’t talk to legal authorities until you’ve made this crucial contact.

Your car insurance agent will also be a valuable early contact. You can’t hide a conviction, because it’s public information and it will show up on the records of your insurance company. You want your agent on your side, so make him or her an ally early.

If you are doing business with an independent insurance agent, your agent can find you replacement coverage from another major carrier if you lose your existing plan as the result of a DUI conviction.

Your independent insurance agent can also explain the California SR22 you’re likely to need to prove you have liability coverage after your license has been reinstated.

As bad as a California DUI can be, take comfort in knowing that your driving record will recover over time as long as you don’t make the same mistake twice.

We understand that everyone can make a mistake. Call an independent Cost-U-Less insurance agent at (800) 390-4071 or find an office location near you. You can even go online to get a quick car insurance quote online or learn more about your options after a DUI.