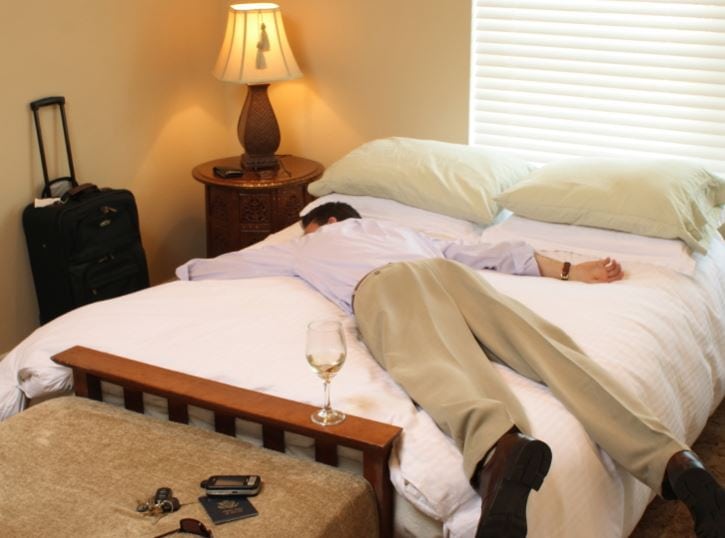 In moderation, an alcoholic beverage or two can be great. Too much alcohol could lead someone to have to cash in on their dui insurance (and pay way more for their car insurance), but a little can go a long way towards having a good time. It greases the wheels of social interaction, eases worries, and helps us relax after a long day’s work. Some studies even suggest that a drink or two is healthy, and most can tell you from experience that it can help a person fall asleep, but is that sleep as restful as it is inviting? A recent study of 24 young adults says that it isn’t.

A new paper published in Alcoholism: Clinical & Experimental Research builds upon previous research to determine exactly what happens to our brain during an inebriated sleep. Christian Nicholas of the University of Melbourne teamed up with a handful of colleagues to dive into the science behind how our body rests after a drink or two. To condense an entire study into a phrase, alcohol could disrupt sleep quite a bit, but the process of experimentation that led to this outcome is interesting – and the results aren’t as cut as dry as they may seem.

The study focused on 24 young adults, aged 18 to 21, who spent several nights at the Melbourne School of Psychological Sciences’ Sleep Laboratory. Before laying down for a perfectly normal night’s rest, each of the subjects were given either a mixture of orange juice and vodka or a placebo of orange juice consumed through a vodka-soaked straw. Laying down for bed at their own normal times, their heads were covered in small electrodes that allowed researchers to monitor and study their brain activity while asleep.

At first, their findings seem like common sense. Alcohol helps the brain fall asleep, and due to that, the subjects not given a placebo experienced heightened levels of slow-moving delta waves, a brain activity that typically occurs during the most restful phases of sleep. Delta waves are specifically linked to the restorative properties of deep sleep when short-term memories are converted into long-term memories and the most active neurons in the brain finally take a well-deserved break. Unfortunately, those delta waves weren’t alone.

Alongside heightened delta wave cycles, alpha wave cycles were also heightened. The two opposite forces aren’t supposed to intermingle, and usually only do when a person is suffering from chronic pain while sleeping. These two waveforms clash, leading to less restful and easily-interrupted sleep. Alpha activity is normally found when the brain is in a state of waking rest or just beginning to fall asleep, and when these more active waves compete with the more restorative delta waves, sleep isn’t as restful as it would be with completely normal levels of each wave pattern.

This unrestful sleep can lead to several symptoms the next day, including irritability, headaches, and a general feeling of exhaustion. If that sounds a lot like a hangover, it should, but don’t panic. One or two drinks before bed is fine, and serious problems caused by the resulting sleep interruption become much more pronounced when a person drinks before bed several nights in a row. If you have a big day ahead of you, a cup of hot tea can help lull you to sleep with absolutely no side-effects (just watch the caffeine).

How do you think studies could further explore these findings? What’s your favorite way to chill out at the end of a full day? Share your thoughts with us in the comments section below!

Summary
Article Name
New Study Suggests that Inebriation Hampers Restful Sleep
Description
Like to wind down with a drink at the end of a long day? New research suggests that that drink may ruin your night’s sleep.
Author
Nathaniel Liles