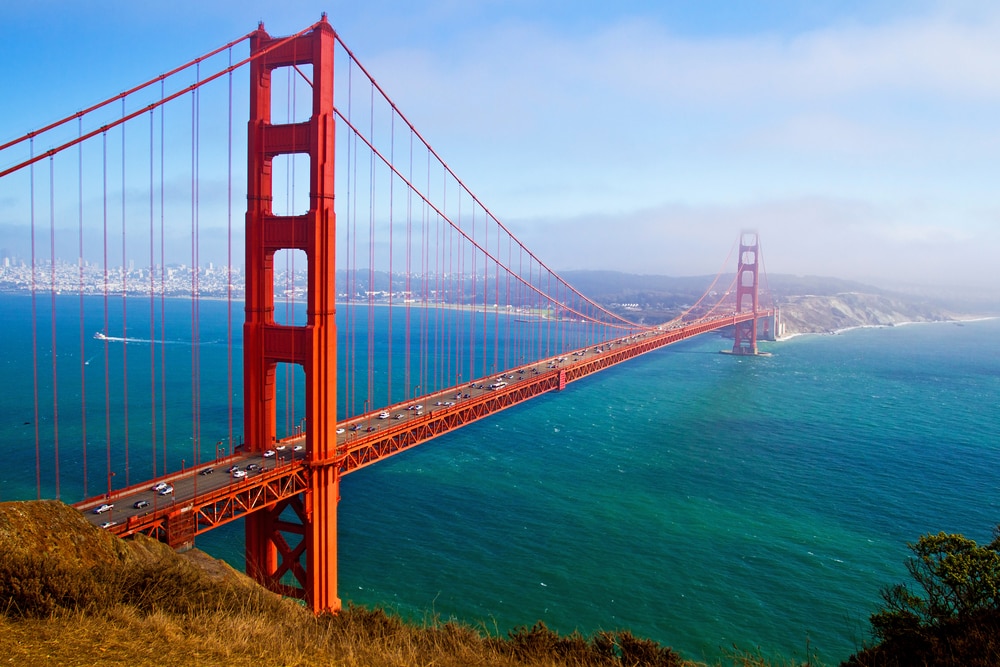 1. Liability Insurance is a Must

San Francisco has narrow streets and very heavy traffic, especially during rush hour. In other words, you’re more likely to be involved in a car accident in the city than in other places in the country. And if you’re in an accident without insurance, then you can face heavy fines, license suspension, having to file an SR-22, and possibly even jail time.

Remember that driving without insurance is illegal, so the punishments and penalties apply whether or not you were at fault for the accident.

2. Curb Your Wheels When You Park on Hills

It’s no secret that San Francisco streets are hilly, which is why city law requires drivers to curb their wheels when parallel parking. This means that, instead of parking with the front wheels facing forward, you should angle the wheels as if you were about to turn. That way, if someone hits your car or if the parking brake fails, your car will roll into the curb and not directly into traffic. So, if your car is parked facing downhill, your wheels should be turned toward the curb. For uphill parking, turn your wheels away from the curb.

Technically, you only need to curb your wheels on slopes greater than 3%, but it’s a good idea to get in the habit of curbing your wheels on any slope to avoid the risk of getting a parking ticket with a steep fine (no pun intended).

3. Slow Down for Parked Emergency Vehicles

4. Put Away Your Phone

San Francisco has been cracking down on distracted driving along with California in general. The state recently passed a law that adds points to your driving record if you’re repeatedly caught using your phone in a handheld manner, whether it’s calling, texting, or even just looking at a map. In addition, if you’re caught looking at your phone while driving twice within 36 months, you’ll face fines as well as a point on your driving record.

5. Watch for Cyclists and Pedestrians

Check your mirrors frequently and be aware of cyclists in your vicinity, especially when you’re pulling out of a driveway or crossing a bike lane. While cyclists technically are subject to many of the same traffic rules as drivers, you should assume that they won’t follow them. Instead, wait for a cyclist to make the first move to prevent an accident.

Finally, make sure not to drive in any of the biking lanes or block the crosswalk while you’re stopped at an intersection. Doing either of these things is likely to get you a ticket.

San Francisco’s intersections are full of signs that tell drivers what’s not allowed. Common signs include “one-way street,” “do not enter,” and “dedicated turning lanes.” Many intersections prohibit certain turns during certain times of the day, while other turns might never be allowed. And at a few intersections, you may not be allowed to turn right at a red light.

Whatever the situation, you’ll find the restrictions clearly marked at the intersection. Just make sure to follow them, or you’re sure to get a traffic ticket.

San Francisco is full of bikers, pedestrians, streetcars, and very steep hills. In other words, it’s a city full of accidents waiting to happen. That’s why you should have a good collision or full coverage insurance policy to protect your car from the inevitable bumps, scrapes, and fender benders. It may seem like a lot to pay now, but you’re likely to save yourself a lot of money and stress in the long term.

Having full car insurance coverage in San Francisco is the best way to save you money on car accident repairs in the long term. But full insurance doesn’t have to be expensive. Get started on affordable car insurance today with an online quote from Cost-U-Less. You can also talk to an insurance expert over the phone at (800) 390–4071 or visit one of our offices near you.