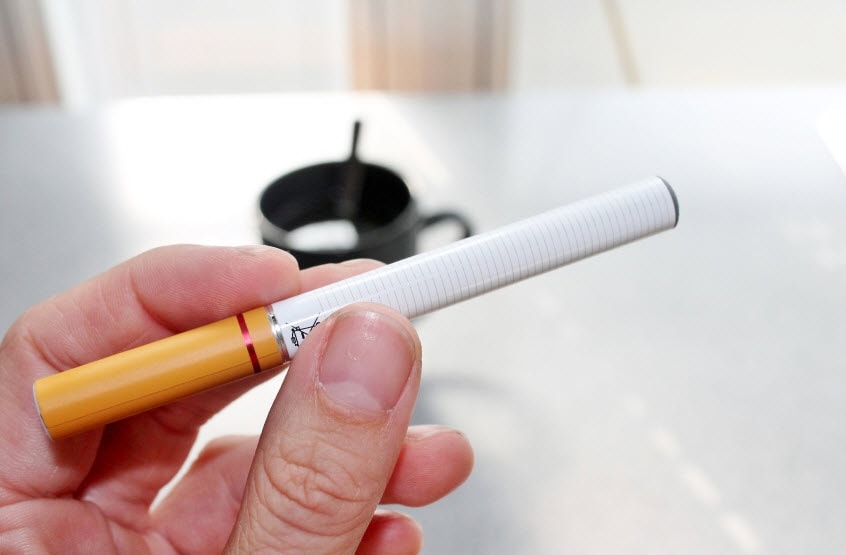 E-cigarettes, or electronic cigarettes, are battery-operated products designed to deliver nicotine, flavor and other chemicals into an aerosol that is inhaled by the user. E-cigarettes were first developed in China and were introduced to the U.S. in 2007. A tobacco-free product, e-cigarettes are actually vaporizers; instead of burning tobacco, a liquid is heated and turns into vapor, which is then inhaled, or “vaped.” Unlike with alcohol, there are no laws on the books yet for driving under the influence of being vaped, so e-cigarettes won’t raise your car insurance rates.

This multibillion-dollar industry (sales hit more than $1.5 billion in 2012) is about to be put under the Food and Drug Administration’s (FDA) microscope. The FDA plans to begin regulating electronic cigarettes, banning sales to minors and requiring manufacturers to put health warnings on these battery-powered devices.

While FDA has not evaluated any e-cigarettes for safety or effectiveness, several areas of concern were cited after they conducted laboratory studies of various samples.

The planned rule would also place restrictions on other tobacco-related products, including pipe tobacco and nicotine gels. Before the rule can pass it must first go through a public comment process. As written, companies would have to register the products and their ingredients with the FDA, but would have two years to do so.

In the meantime, they could still sell their devices and introduce new products without regulators’ approval. The new health warning labels would caution users about the danger of nicotine addiction.

E-cigarette benefits (according to supporters)

•    Allows users to get nicotine without the exposure to tar and other carcinogens found in cigarette smoke.
•    Provides an effective way for the nation’ roughly 42 million smokers to quit.

E-cigarette negatives (according to opponents)

•    Devices will lead to more nicotine addiction
•    Long-term health risks are unknown
•    Widespread use, especially by minors, will lead to increases in smoking.

Experts have also raised concerns that the marketing of products such as e-cigarettes can increase nicotine addiction among young people and may lead kids to try other tobacco products.

A September 2013 study by the Centers for Disease Control and Prevention found the percentage of high school students who had tried e-cigarettes had more than doubled within a year, from 4.7% in 2011 to 10% in 2012.

Los Angeles, Chicago and New York are a few cities that ban or restrict e-cigarette use in parks, workplaces and other public areas. More than half the states already ban sales to minors.
In addition, in the past several years, poison centers across the country have reported a sharp increase in nicotine poisoning, particularly of small children. If swallowed by an adult, even small amounts of nicotine can cause nausea and vomiting, and can be potentially deadly for a small child.

Do you think e-cigarettes should be banned or restricted? Feel free to share your thoughts in the comments section below!

Summary
Article Name
E-cigarettes Regulation is Coming
Description
E-cigs, developed in China, were introduced to the U.S. in 2007. The FDA plans to regulate e-cigs and require manufacturers to put health warnings on them.
Author
Alan Marcus
car insurancee-cigarettes