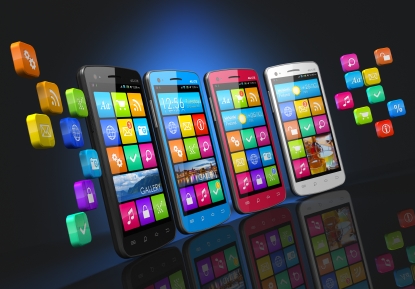 In case you aren’t too familiar with app-based ride services, they are mobile apps that users download on their cell phones to request car rides. The apps use the phone’s GPS to detect a person’s location and connects them with the nearest available car.  Some services allow riders to choose the vehicle they want to pick them up, as well as the price. The convenience, and at times, cheap price tag is what makes these ride-app services so popular.

But now, these services are finding themselves in limbo, charged with car insurance fraud.  It has been reported that some drivers for these ride-app services lie if they get into a car accident while they are transporting passengers, claiming that they were driving for personal reasons at the time of the collision. According to Del Rosario, this type of fraud has increased in recent months, as drivers seek someone to pay for repairs after their cars have been damaged.

So what’s the reasoning behind the lies? The problem is, personal car insurance in California, and in most states, doesn’t cover commercial activities. The ride companies do carry a $1 million dollar liability policy to cover passengers and third parties, but those policies don’t cover the drivers or their cars.

“Personal carriers have absolutely no way to detect this fraud,” said Del Rosario during a state Department of Insurance Hearing. “They’re completely powerless to know when a person is doing (transportation network company) activity…or conspires with a passenger to say that’s his friend he picked up at a bar.”

Rate evasion is another type of fraud that is common among drivers who work for these ride-sharing companies.  Drivers buy personal auto insurance policies, with the intention to use their vehicles full time to transport paying customers.  As a resolution, Del Rosario recommended that drivers be required to show UberX, SideCar and other similar companies proof that they had informed their insurance carrier that they were getting paid to drive people around.

But the big question at the hearing in Sacramento was focused on who pays when a driver for one of these companies gets into a car accident while they are driving customers around.  Although all the companies have a $1 million dollar liability policy in place, these policies only take effect once drivers have accepted ride requests, and are designed to supplement drivers’ personal policies.  Insurance industry representatives stressed that personal insurance should not help subsidize commercial activities.

In response, Uber has now added a $100,000 insurance policy for the period of when a driver is logged on to the app to indicate they are ready to work, but are waiting for requests from nearby customers. Lyft has also said that they will add this type of insurance.

According to Kara Cross, general counsel of the Personal Insurance Federation of California, “The solution is to draw a bright light at app-on, app-off…much like a taxi turning on and off its ‘for hire’ light; they are clearly open for business.”  But for the ride companies, that approach can open the door to more insurance fraud.

“The potential…concerns me; you get in an accident and just flip on the app to get our million-dollar liability coverage,” said Beth Stevens, general counsel for Sidecar.

For now, insurance experts have said that it’s possible that their industry will create new types of products such as policy additions called riders, or a hybrid commercial-personal policy to address this new market.

So what do you think of these ride-app services? Have you used one before? Sound off in the comments section below.