On Sunday December 14th, 2014 Cost-U-Less sister company- Freeway Insurance – held their first AB-60 California Study Workshop at their Norwalk office. The free workshop program was created in response to the AB-60 requirements. AB-60 is a law signed in October of 2013 by Governor Jerry Brown giving eligible undocumented immigrants in the state of California, the right to apply for driver’s licenses.  The Freeway workshop showed participants how to apply for this new driver’s license program, which will start to be administered by the DMV on January 1st, 2015. 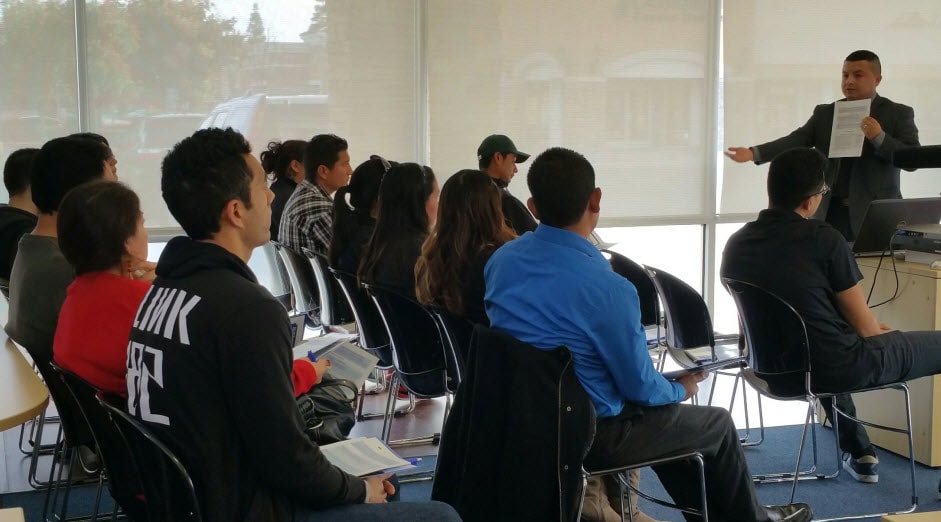 The Norwalk workshop went from 9:00 am – 11:00 am- drawing interested and eager participants, whose every question was answered. The details of AB 60 were clearly addressed, such as- what documents are needed to obtain a driver’s license, how to plan and study for the written and practical test, and how important it is to take advantage of this opportunity and obtain a license.

This was the first of many Freeway Insurance planned free workshops, which are listed below. The second Norwalk workshop, will be taking place on December 28th, 2014 from 9:00 am – 12:00 pm PST.

Like the Norwalk format, all upcoming AB-60 workshops will begin at 9:00 am and anticipate being over no later than 12:00 pm PST. At a Freeway workshop, applicants will be able to:

Here are the scheduled future AB 60 workshops, starting from 9am PST to 12pm PST:

If you have any questions, or would like to speak to someone about upcoming workshops, please call 877-620-3799.

Ready to Get a Quick Quote?

Ready to Get a Quick Quote?