LMNOPRSTUVW
Lapse – The termination of an insurance policy due to the failure to pay the premium.

Leasehold Interest – Property insurance covering the loss suffered by a tenant due to termination of a lease because of damage to the leased premises by a covered loss.

Lessee – The person to whom a lease is granted.

Lessor – The person granting the lease.

Liability – The legal obligation to pay a monetary award for injury or damage caused by one’s negligent or statutorily prohibited action.

Liberalization Clause – A provision within an insurance policy that broadens the coverage if the insurance company offers a broader coverage form within the first 45 days of coverage.

Lien – An obligation that can be held by an individual who has an interest in a particular matter or property.

Limit of Liability – The most an insurance company agrees to pay in the case of loss.

Longshore and Harbor Workers’ Compensation Act – A federal law that provides workers’ compensation benefits to employees of a vessel injured in maritime employment – usually in loading, unloading, repairing or building a vessel – but not applicable to crew members.

Loss Adjustment Expense – The cost assessed to a particular claim for investigating and adjusting that claim.

Loss Control – A technique that is put in place to reduce the possibility that a loss will occur or reduce the severity of those that do occur.

Loss Payable Clause – An insurance clause that authorizes loss payments to a person or entity having an insurable interest in the covered property.

Loss Report – A form showing reported claims which provides information such as the date of occurrence, type of claim, amount paid and amount reserved for each loss.

Loss Reserve – An estimated amount set aside for a particular claim that has not yet been paid.

Lost Policy Release – A signed statement by the named when the insured wishes to cancel the policy, but has lost or mislaid the policy, which releases the insurance company from all liability or losses.

Medical Payments, Auto – Coverage, which is optional, under an auto policy to pay for medical expenses for bodily injury caused by an auto accident, regardless of fault. Coverage for persons other than the named insured and his or her family members is typically restricted to circumstances when they are occupants of the insured auto.

Medical Payments, General Liability – A general liability coverage that reimburses others, regardless of fault, for medical or funeral expenses incurred as a result of bodily injury or death sustained by an accident.

Mexico Coverage – Coverage which is sometimes provided under automobile policies for the operation of an insured motor vehicle within Mexico, usually limited to a stated number of miles from the U.S. border.

Minimum Premium – The lowest amount of premium to be charged for providing a particular insurance coverage.

Misrepresentation – A false or misleading statement, either directly or indirectly that, if intentional and material, can allow the insurer to void the insurance contract.

Mobile Equipment – Equipment such as earthmovers, tractors, diggers, farm machinery, forklifts, etc., that even when self-propelled, are not considered as automobiles for insurance purposes.

Monopolistic State Funds – States or Jurisdictions where an employer must obtain workers’ compensation insurance from a state fund or qualify as a self-insurer, as is allowed in five of the states: North Dakota, Ohio, Washington, West Virginia, Wyoming, Puerto Rico and the U.S. Virgin Islands.

Nonadmitted Insurer – An insurance company that is not licensed to do business in a specific state. The insurers may write coverage through an excess and surplus lines broker that is licensed in these jurisdictions.

Nonowned Automobile – In commercial auto policies, coverage for autos that are used in connection with the named insured’s business but are neither owned, leased, hired, rented or borrowed by the named insured. The term specifically applies to vehicles owned by employees and used for company business.

Occupational Disease – A condition or disorder that is caused by exposure to environmental factors associated with employment, including acute and chronic illnesses or diseases that may be caused by inhalation, absorption, ingestion, or direct contact.

Occupational Injury – An injury arising in the course and scope of employment that is caused by factors associated with the work undertaken.

Occurrence – A continual, gradual or repeated exposure to substantially the same general harmful conditions. General liability policies insure liability for bodily injury or property damage that is caused by an occurrence.

Payroll Limitation – A limit on the amount of payroll for certain classifications used for the development of premium.

Peril – Cause of loss such as fire, windstorm, collision, etc.

Personal Injury – A General Liability coverage for insurable offenses that cause harm, other than bodily injury, such as false arrest, detention or imprisonment, malicious prosecution, wrongful eviction, slander, libel and invasion of privacy.

Personal Injury Protection (PIP) – An automobile insurance coverage mandated by law in some states. The statutes typically require insurers to provide or offer to provide first-party benefits for medical expenses, loss of income, funeral expenses and similar expenses without regard to fault.

Personal Property – All tangible property not classified as real property such as contents.

Policy Fee – A one-time charge per policy that does not change with the size of the premium.

Pollutant – An irritant or contaminant, whether in solid, liquid, or gaseous form, including smoke, vapor, soot, fumes, acids, alkalis, chemicals and waste.

Premises – The location where coverage applies.

Premium – The amount of money an insurance company charges to provide coverage in a policy.

Pro Rata Cancellation – The cancellation of an insurance policy with the return premium being the full proportion of premium for the unexpired term of the policy, without penalty for early cancellation.

Product – Item manufactured, sold, handled, distributed or disposed of by the named insured or others involved with the named insured in the course of their business. Includes containers, parts and equipment, product warranties and provision of or failure to provide instructions and warnings.

Product Liability – The liability for bodily injury or property damage a merchant or manufacturer may incur as a consequence of some defect in the product sold or manufactured.

Professional Liability – Coverage designed to protect professionals such as physicians and real estate brokers, against liability incurred as a result of errors and omissions in performing professional services.

Property Damage – In the general liability policy, a physical injury to property, resulting in the loss of use.

Property insurance for works of art – The coverage for extending workers’ compensation law to provide benefits for workers hired in one state but injured while working in another state.

Rents or Rental Value Insurance – Insurance that reimburses a building owner for loss of rental income due to damage by an insured peril.

Replacement Cost Coverage Endorsement – A property insurance provision that changes the valuation of covered property to replacement cost with no deduction for depreciation.

Return Premium – The amount of premium due the insured should the actual cost of a policy be less than the insured previously paid.

Robbery – Theft of property while force is used or threatened.

Short-Term Cancellation – Cancellation of an insurance policy prior to the expiration date in which a penalty in the form of a less than full pro-rata premium refund is allowed.

Special Causes of Loss Form – A cause of loss form providing coverage from all causes of loss unless specifically excluded or limited.

Specified Causes of Loss Coverage – Auto physical damage coverage only for losses caused by the perils listed in the policy.

Sprinkler Leakage Coverage – Coverage for property damage caused by the accidental discharge or leakage of water from automatic sprinkler systems or other fire prevention devices.

Surplus Lines Insurance – Insurance written by insurers not licensed in the states where the risks are located and placed with such insurers under the surplus line laws of the various states. Before such placements can be made through specially licensed surplus line agents and brokers, state laws generally require evidence reported before some predetermined future date (‘sunset’).

Time Element Insurance – A term referring to property coverage for loss of earnings or income resulting from the inability to put damaged property to its normal use.

Transit Coverage – Coverage on the insured’s property while in transit from one location to another, over land.

Underinsured Motorists Coverage – Provides coverage for bodily injury, and in some states property damage, for losses incurred by an insured when an accident is caused by a motorist who does not have sufficient insurance limits.

Underlying Coverage – The insurance or coverage in place on the same risk that will respond to loss before the excess policy is called on to pay any portion of the claim.

Uninsured Motorist Coverage – Provides coverage for bodily injury, and in some states property damage, for losses incurred by an insured when an accident is caused by a motorist who is not insured.

Utility Service Interruption Coverage – Coverage for the loss to an insured due to lack of incoming electricity which was caused by damage from a covered cause of loss, such as a fire or windstorm, to property away from the insured’s premises – usually the utility generating station. Also referred to as ‘off-premises power coverage’.

Vacancy Provision – Property insurance provision found in commercial property policies that restrict coverage in connection with buildings that have been vacant for a specified number of days, usually 60 days.

Valuable Papers and Records Coverage – Coverage that pays the cost to reconstruct damaged or destroyed valuable papers and records and usually includes almost all forms of printed documents or records except money or securities; data processing programs, data and media are usually excluded.

Waiver of Subrogation – Also known as ‘transfer of rights of recovery,’ the relinquishment by an insurer of the right to collect from another party for damages paid on behalf of the insured.

Workers’ Compensation – Protection which provides benefits to employees for injury or contracted disease arising out of and in the course of employment. Most states have laws which require such protection for workers and prescribe the length and amount of such benefits provided. 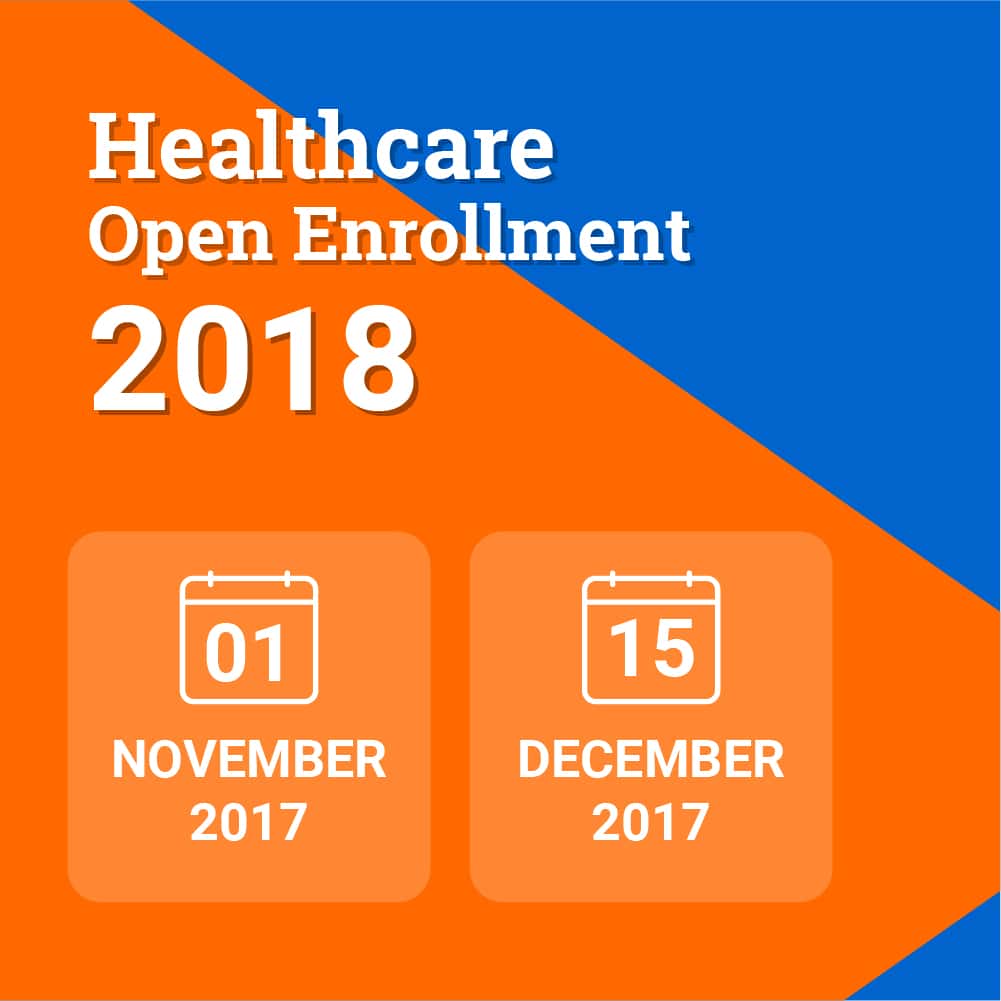