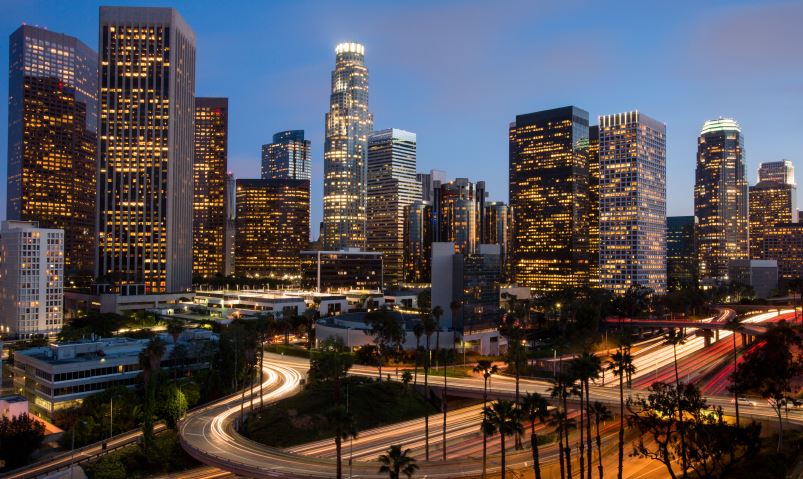 For those of us who travel California’s freeways on a daily basis, it comes as no surprise the state suffers from major traffic congestion. We agonize for hours at a time, trying to stay calm, knowing we’re going to be late for dinner or for that all important doctor’s appointment. It’s a fact of life in the Golden State, but it doesn’t make it any easier to sit in traffic day after day going nowhere fast. And, paying higher auto insurance rates as a consequence of spending all that extra time on the road just simply adds insult to injury.

According to Caltrans, Los Angeles and Orange Counties have the five worst freeway bottlenecks in the state. While you may not see your pick for worst, it doesn’t mean it won’t make the top five at a later time as the rankings can change year after year and the next set of figures are due to be released in about six months.

As for the current worst, the top spot goes to the southbound Interstate 5 between the 710 and 605 freeways. The 5.8 mile stretch is considered the worst bottleneck in the state, and for good reason. During the evening rush hour when tens of thousands of vehicles try to squeeze into tight formation from five lanes to four, the ride can take 40 minutes or more to navigate the choke-point.

Now, here’s a fact that could make your hair turn grey – the fact that the crush can last upwards of three hours or more, by one estimate, repeated daily, wastes a total of 67 years of motorists’ time annually. Combined, commuters who travel those routes every day, experience 2.5 million hours of delay per year. And, if the Texas Transportation Institute data is correct, every hour wasted in traffic tie-ups costs the average motorist $16.79 in extra fuel and lost time.

The second worst bottleneck in the state is the northbound 405 through Costa Mesa and Fountain Valley in Orange County, according to a recent report. Following closely, are the southbound 170 through Valley Village and North Hollywood, the southbound 101 Freeway west of the 405 interchange in Los Angeles, and the eastbound 60 Freeway in the Montebello area, ranked third, fourth and fifth, respectively.

Though it’s no excuse, the main cause of the 101 and 170 bottlenecks is their close proximity to major highway interchanges that regularly jam up with rush-hour traffic, while the others have their own problems causing the delays. With this in mind, officials are looking for ways to relieve the congestion at bottlenecks and choke-points by installing additional meters to control traffic coming from on-ramps, message boards to warn motorists about congestion, and more service patrols to quickly clear stalled cars from the freeways.

A Caltrans spokesperson indicated that, by 2025, the state plans to build carpool lanes through the worst bottleneck — the 5 between the 710 and 605. Furthermore, the state also would like to add an eastbound lane to the 60 and carpool lanes to the 101. However, those projects have yet to be funded.

In Orange County, Caltrans and the Orange County Transportation Authority have a relief plan of their own with a $1.7-billion 405 widening project, which will hopefully help with the constantly sluggish 13-mile stretch south of the 605.

One way motorists can take steps to avoid bottlenecks, according to officials, is by joining car pools or van pools, planning alternative routes in advance, and working with employers to stagger schedules. Otherwise, drivers could face a dire future in their daily commute as, without improvements, transportation officials predict that rush-hour travel times could double by 2040.

Do you have a stretch of freeway or bottleneck you dread driving every day? Feel free to share your thoughts in the comments section below.