Home » Auto Safety Tips » School Buses Don’t Have Seat Belts – Are They Safe for Our Kids?

School Buses Don’t Have Seat Belts – Are They Safe for Our Kids? 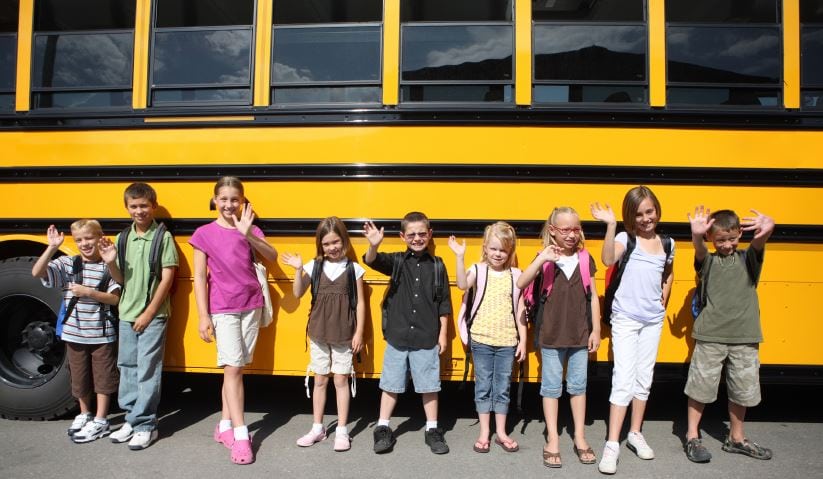 The question of whether school buses are a safe mode of transportation for our kids is often asked by nervous parents. School bus safety is one of the National Highway Traffic Safety Administration’s (NHTSA) highest priorities. The primary function of the NHTSA is to establish motor vehicle safety standards with the intent of reducing the number of traffic related fatalities and injuries from motor vehicle crashes, which indirectly has helped lower car insurance rates over the years.

The NHTSA requires all new school buses to meet strict safety standards, such as improved emergency exits, roof structure, and seating, as well as fuel systems and overall body joint integrity. In addition, the NHTSA works closely with each state, stressing bus safety and occupant protection.

Without a doubt, according to current statistics, school buses are regarded as one of the safest forms of transportation in the United States. And, that says a lot when compared to passenger car deaths. Every year more than 42,000 people are killed in traffic crashes on U.S. roadways. Annually, approximately 450,000 public school buses travel nearly 4.3 billion miles, while transporting 23.5 million children to and from school. Still, every year, on average, six school-age children are killed nationwide as passengers in school bus crashes. The NHTSA’s ultimate goal is to ensure that there are no fatalities in school buses.

Another question often asked is – if seat belts are required in passenger cars –why not have them in school buses? This one is a matter of physics. Large school buses are much heavier and distribute the forces of a crash differently than passenger cars and light trucks, therefore, occupants of the school buses experience much less force as a result. Instead of seat belts, the NHTSA opted for a concept called “compartmentalization”. Through this compartmentalization, passenger crash safety is provided by a protective envelope consisting of strong, closely-spaced seats that have energy-absorbing seat backs.

As a general rule, states or school districts are not prohibited by the federal government from purchasing seat belts in large public school buses.  Over the past 30 years, some states have required new large school buses to come equipped with seat belts, but this is still an ongoing process.

Compared to other motor vehicles, school buses are approximately seven times safer than passenger cars or light trucks.  The numbers speak for themselves, as the fatality rate of 0.2 fatalities per 100 million vehicle miles traveled (VMT) for school bus occupants is considerably lower than the rates for passenger cars and light trucks, which came in at 1.44 per 100 million VMT…making the school bus safer than going to and from school in the family van. As a whole, pedestrian fatalities account for the highest number of school bus-related fatalities.

So, the bottom line is – school buses are the safest mode of transportation for your kids – reassuring news for nervous parents.

Be reassured that you’re getting the best rate on your car insurance. Why not get a free car insurance quote today?

Did you know that school buses were so safe? Feel free to share your thoughts in the comments section below.