Motorcyclist Safety – Still Behind the Times 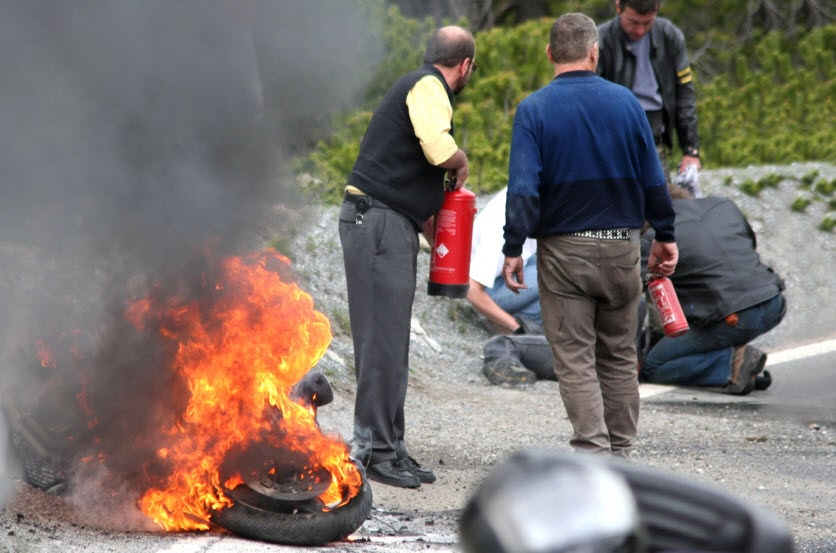 May is Motorcycle Safety Awareness Month. The good news – U.S. motorcyclist fatalities are projected to have decreased in 2013 (after all statistics are tallied). The bad news – according to the Spotlight on Highway Safety report by the Governors Highway Safety Association, motorcyclist safety has not improved in 15 years.

Recent statistics show that more than 25 million people ride motorcycles each year and that there are more than 10 million motorcycles owned and used in the U.S. The main takeaway from the report – helmets, like good motorcycle insurance, are protection that make sense.

2013 Motorcyclist fatalities (based on the first nine months)

Weather, according to the report, was the main factor affecting the drop in motorcyclist fatalities from 2012 to 2013. During the first six months of 2012 weather was very dry and warm across the country, leading to an increase in riders. The weather in the first nine months of 2013, however, was cooler and wetter, resulting in a decrease in rider miles.

The report pointed out the importance of all states adopting a universal helmet law as the single most effective way to prevent serious injury and death in the event of a motorcycle crash. Helmets are 37% effective in preventing fatal injuries to motorcycle operators and 41% effective for passengers.

According to the National Highway Traffic Safety Administration (NHTSA), in 2012, compared to states with universal helmet laws, there were 10 times as many unhelmeted motorcyclist fatalities in states without universal helmet laws. In fact, nationwide, helmet use dropped to 60 percent in 2012, down from 66 percent in 2011. Research from NHTSA shows that per vehicle mile traveled, motorcyclists are about 39 times more likely than passenger car occupants to die in a crash.

• Only 19 states and the District of Columbia have a universal helmet law, requiring helmets for all riders
• 28 states require helmets for riders younger than age 18 or 21
• 3 states (Illinois, Iowa and New Hampshire) do not have a motorcycle helmet law

If you’re thinking of getting a motorcycle, first check out The Motorcycle Safety Foundation (MSF). The MSF is a national, not-for-profit organization promoting the safety of motorcyclists with programs in rider training, operator licensing and public information.

The MSF strongly recommends that you take a Basic RiderCourse in your area, to decide if
motorcycling is right for you. This course gives you five hours in the classroom along with 10 hours on a bike in closed-course learning. The cost runs no more than $250 for those 21 and over,
and $150 for those younger. And check to see if the class can help you get a discount on your motorcycle insurance.

Do you think the helmet laws are effective? Feel free to share your thoughts in the comments section below.

Summary
Article Name
Motorcyclist Safety – Still Behind the Times
Description
Motorcyclists are 26x more likely to die in a crash than occupants of cars. Do you know the effective way to prevent serious injury/death in a bike crash?
Author
Alan Marcus
motorcycle insuranceMotorcycle Safety Awareness Month