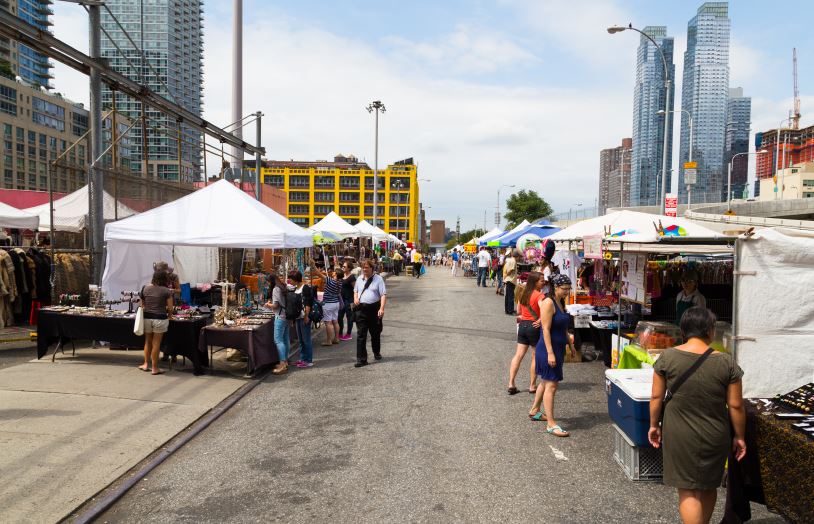 In these tumultuous economic times, it’s often hard for people to make ends meet, and in high-cost areas like Los Angeles, it’s even harder. For many, this challenging financial climate means sacrifice and struggle, sentiments most effectively represented by the drastic influx of street vendors beginning to occupy the Los Angeles area. These struggling Angelenos sell whatever they have or can make, from clothing and skin care products to food and small toys.

One of these Angelenos, Jackie Lloyd, knew job security just four years ago. She had standard, predictable hours, and a guaranteed salary working in the cafeteria of a local elementary school. After losing that job, she searched for months, pitching her award-winning cookies to bakeries in the area. Dozens of applications were sent out to bakeries and other eateries, as well as retailers like Walmart and Target, but she was told time and time again that she was overqualified. “I couldn’t even get a job at Subway,” she commented.

There is one job she can get, however. She hired herself and began selling body oils, shea butter, incense, and other products of that nature on the street, keeping track of sales in a small notebook. On a good day, she stands to earn upwards of $150, but the uncertainty takes its toll.

On a bad day, Lloyd is lucky to break $20. There are upsides to Jackie’s new job, though. She enjoys meeting the many different types of people she encounters selling her skin care products on the street. Jackie, and other low-income workers, might explore pay as you go car insurance programs and other ways to save on car insurance.

Alex and Karina Mendez, another couple making their living this way, sells one of the most popular street vendor items: food. They sell bacon-wrapped hot dogs to passers-by while Karina run a clothing store on the side. Nearly half of all street vendor sales are food or drink related, so it’s no surprise that Alex’s hot dogs are popular, but money is still short.

This industry wasn’t always the go-to source of employment for those struggling in other sectors of the work force. Originally, most street vendors were immigrants making ends meet while most jobs remained out of their grasp.

Yes, unfortunately for these Angelenos, it is illegal to sell these goods on the street in Los Angeles. Between July 2013 and March 2014, 286 citations were issued, each one possibly leading to a fine of up to $1,000 or possibly jail time.  In the entire year preceding, only 271 citations were issued.

Many are working to fight the current policies, legitimizing the street vendors as “micro-businesses” and allowing these people to continue keeping their family afloat in these challenging times. Activists are optimistic about the future of these small vendors, and hope to make progress towards lifting the ban in the fall.