How Badly Can Making an Auto Insurance Claim Affect Your Rates? 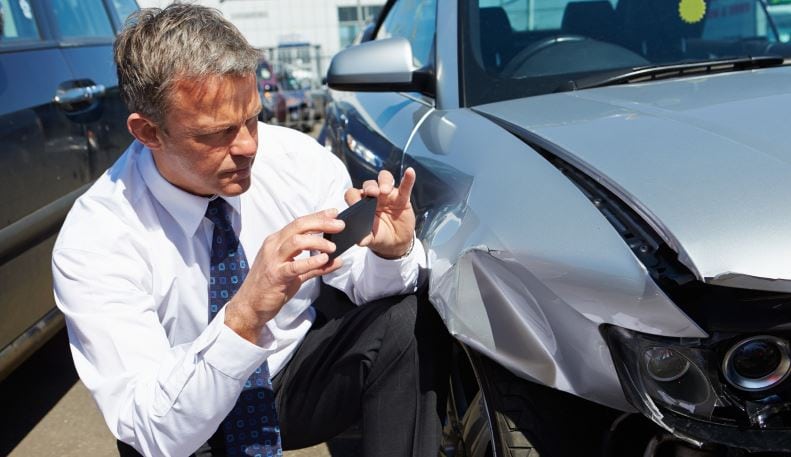 With the cost of auto body repair, a simple fender bender could easily run $2,000 or more, resulting in higher insurance rates. Practicing safe driving techniques can’t always keep you from being involved in an accident. After all, that’s why they’re called accidents – they can happen virtually at any time – anywhere – and without warning. But, what most motorists don’t realize is that a single claim of $2,000 or more will cause their car insurance premium to skyrocket by an average of 41 percent, according to a recent study.

Worst yet, the same study found that California residents can expect the stiffest of all the states’ penalties for having the misfortune of getting in a wreck – and facing a massive, budget-busting increase of 86 percent annually. Meanwhile, Maryland tends to inflict the least amount of financial hardship nationally with a milder 22 percent boost on average.

According to the National Association of Insurance Commissioners (NAIC), the data gathered to determine the rate of increase is based on the actuarial premise that someone who files an insurance claim is regarded as more likely to get into another accident than a policyholder who’s managed to remain claim-free. Dare to follow up the first accident with a second car insurance claim in a relatively short period of time and get ready to be blind-sided with a whopping premium upsurge at a national average of 93 percent.
For the most part, motorists who purchased auto insurance in California underestimate the potential negative consequences of making one or more claims, especially, if they’ve never had to file any in the past. So, when the time comes for them to file an accident claim, they can’t believe their eyes when their new premium arrives in the mail. Furthermore, it can affect their auto insurance rate for many years.

Bodily injury and property damage claims are the costliest in terms of premium increases with an average of 45 percent and 41 percent increase, respectively. On the other hand, simple comprehensive claims (non-collision related), usually trigger lesser bumps in annual premiums.

Below are the five states where policyholders face the highest financial impact of filing a single car insurance claim, which is based on a $2,000 claim against an insured’s bodily injury coverage:

The five states where drivers are subject to the lowest increases under the same circumstances are:

Depending on the severity of the underlying incident, which brought about the rate hike in the first place, experts say a policyholder can expect to feel the after-effects for a period of between three to five years. Of course, that doesn’t necessarily mean the premium won’t drop slightly before that, but the amount of time they remain higher than their previous level will be contingent on whether or not another insurance claim is filed in the meantime.

Remember – accident claims, together with a number of traffic tickets can greatly affect your premium as well as making it a great deal more difficult to find cheap car insurance in California.

So, use care when you drive as a smart way to keep your premiums low. But, don’t assume they’re as low as they can be. Make sure you’re getting the best rate on your car insurance. Why not get a free car insurance quote today?

Have your auto insurance rates gone through the roof following an auto accident? Feel free to share your thoughts in the comments section below.