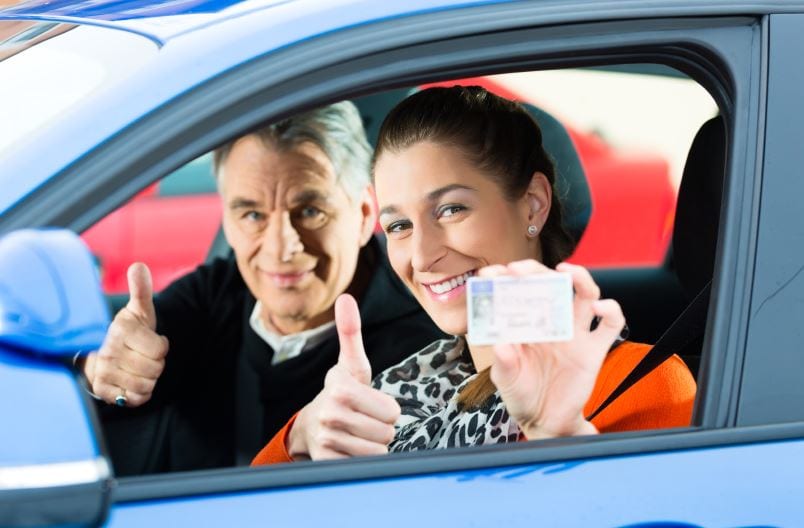 Connecticut is home to an estimated 125,000 illegal or undocumented immigrants. These disenfranchised people hail from Ecuador, Guatemala, Peru, Honduras, Colombia, and more, and right now, they’re unable to drive legally in this country. Most of them drive illegally, without the documents and car insurance that make the road a safe and fair place.

Silva Masson, a former resident of Peru, is one of these people. She has two children, both United States citizens, but due to her immigration status she’s forced to drive them to school, to drive herself to work, illegally. In the eyes of the beautiful riverside town of Norwich, Connecticut, she’s a star citizen making ends meet in unfortunate circumstances, and thanks to a recently-passed bill, she can soon stop driving illegally and become a licensed driver.

Last year, a bill was passed that will allow Silva and other immigrants to obtain a legal driver’s license from the state of Connecticut, and next year, that law will take effect. Masson hopes to be one of the first to receive her driver’s license for undocumented immigrants, and many others are sure to follow after a series of enlightening seminars held on the subject.
The seminars in question, titled “The Road to Your Driver’s License”, are based around a Spanish-language PowerPoint outlining the process and defining what materials will be needed and what tests an applicant must pass. These requirements include…

Car insurance will still be a requirement, of course. This license will simply enable people to provide proof of their legal privilege to drive. These specially appointed driver’s licenses for illegal immigrants won’t be the exact same as a card obtained by proving citizenship. In fact, their usefulness is limited to driving – the card given to immigrants will not be a valid form of identification, similar to Utah’s “driving privilege cards”, one of the earliest forms of this policy.

Unfortunately, fear is a powerful factor, emphasized by the political tension surrounding immigration to the United States. Despite the impending legality of driving as an illegal immigrant, many will remain without a license for fear of being discovered, jailed, or deported.

This newly passed law is a step in the right direction, but fear may prevent many immigrants from taking that step forward, despite several laws forbidding law enforcement officials from detaining or persecuting illegal immigrants without suspicion of another crime being committed. Undocumented residents can still be fined for lack of license or insurance, however, meaning that those who avoid the DMV may be putting themselves at risk.

Problems like these are why the seminars were originally created. Through education, advocates of this new policy can spread awareness and help undocumented immigrants exercise their options and prove their competence on the road. After this law takes effect, Connecticut will be the latest of many states to introduce such a bill, including Vermont, Maryland, Illinois, New Mexico, Colorado, California, and more.

Summary
Article Name
Undocumented Immigrants Granted Connecticut Driver’s License
Description
Despite the impending legality of driving as an illegal immigrant, many will remain without a license for fear of being discovered, jailed, or deported.
Author
Nathaniel Liles
DMVdrivers license