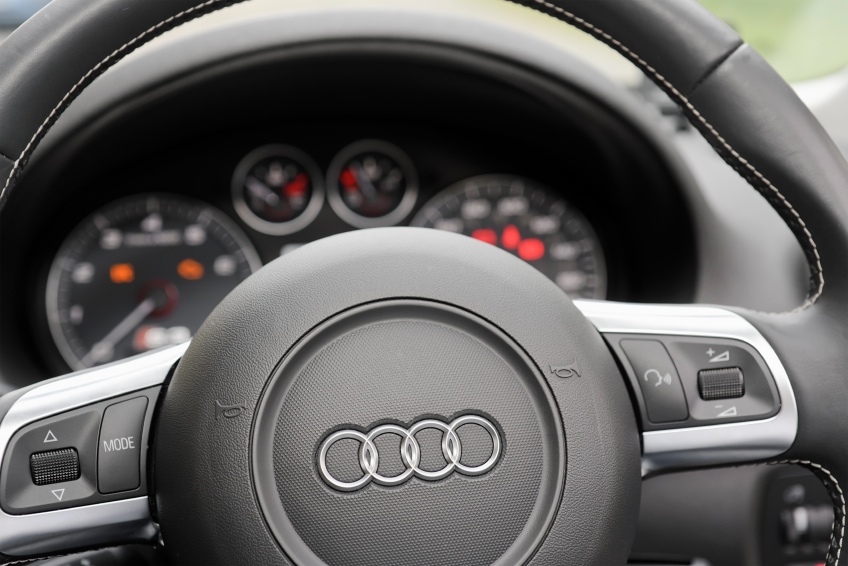 Everyone has to have liability insurance coverage to legally take to American streets, and the same is true for self-driving cars. Why? Well, because self-driving cars still get into the occasional accident, and while it’s not usually the technology’s fault, it’s still good to know that the earliest automated automobiles are covered. Besides, we’ve already seen self-driving cars. They’re typically not the most aerodynamic vehicles, and in the case of Google’s own driverless cars, they can be downright adorable.

Audi has forever changed the way we think about self-driving cars. How? By creating a driverless supercar capable of high speeds, tight turns, and advanced driving maneuvers without any real-time human guidance whatsoever. From the sidelines, you might just see an Audi RS7 getting ready for primetime, but the simple fact that this supercar can operate without human interference is both extremely exciting and terrifying.

Audi is currently testing three prototypes, each with a single goal: push the boundaries of what we think self-driving vehicles are capable of. So far, Robby, a red Audi RS7, has been the star of the show, displaying human-like competence in a wide range of performance tests, but if you’re still skeptical about this whole self-driving revolution, Audi sees a future where the cars aren’t completely in control.

“We want to produce a car that gives people the freedom to decide whether to drive yourself or have the car do it while you think of something else,” says Klaus Verweyen, head of automated driving functions. “These changes won’t just arrive one day, it’ll be a step-by-step adding of functionality.”

Audi isn’t banking on a future where vehicles can operate without any human interference whatsoever. Audi’s vision is one where people can relax and rely on the vehicle in certain situations while being alert and able to take control instantly. We can already see this philosophy on display in Audi’s flagship SUV, the Q7. Packed with futuristic features, the Q7 is actually capable of driving itself in highway traffic, and all the human operator needs to do is remind the vehicle that they’re paying attention every once in a while.

“The key in understanding HMI (human machine interface) is where one takes over and the other one backs off,” Verweyen says, “What you don’t want is control being dumped back on the human driver at a moment’s notice.”

But the human machine interface isn’t the only obstacle that still needs to be overcome. Every company that hopes to pioneer the self-driving car has one very important thing on their mind: regulations. Consumer acceptance of self-driving cars will come, and with time, self-driving cars could become as commonplace as sedans are now, but state and federal regulations on self-driving cars are typically limited to those testing the automated automobiles, not the consumer that will one day rely on them.

What rules and regulations do you think self-driving cars should follow? Would you trust a self-driving car? Let us know in the comments section below, and call or click today for affordable California auto insurance that won’t let you down.